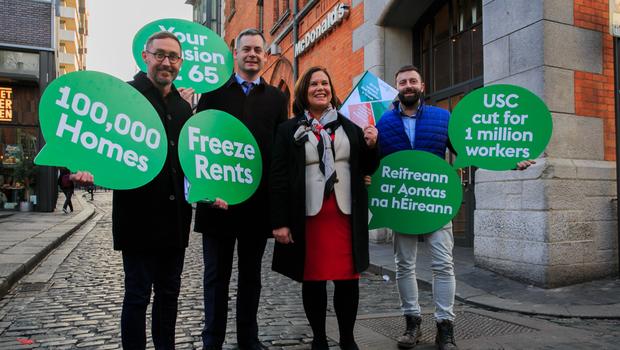 The Irish political landscape is in a state of transition thanks to a dramatic general election result that points to uncertainty and change in economic policy.

For the first time, Ireland's two main parties - who have broadly agreed on the direction of policy for many years - have been joined by a third, calling for a different approach.

Whoever forms the next government, this will be significant.

Sinn Féin are now considered to be a major player, causing their policies - particularly around taxation - to be dissected in more detail.

If they are to enter government - requiring one of the big parties to reverse its policy of not doing a deal with it - more dramatic change in spending, tax and policy towards multinationals is possible.

Outlined below are some of the main points included in their Tax Manifesto:

While these policies would be widely welcomed by many workers who have yet to feel the full effect of Ireland's economic recovery, many employer groups have warned this could affect Ireland’s competitiveness in attracting highly skilled attract professionals from abroad, while also undermining competitiveness within the market.

It should be noted that none of the major parties are in favour of adjusting the Corporate Tax rate.

Whoever is in power will respond to the public mood, particularly the dissatisfaction of younger voters.