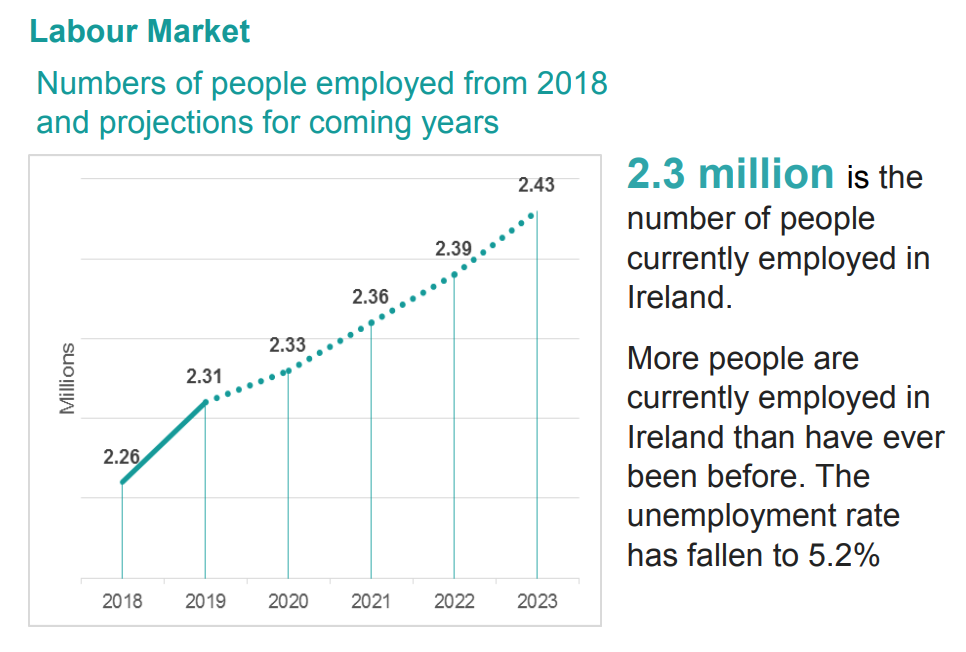 ​Minister for Finance Pascal Donohoe announced at the outset of this year's budget that: “This is a budget that has been developed in the shadow of Brexit, and the government is clear about the challenges posed by Brexit.”

In the current climate of uncertainty, this budget was never going to deliver cuts in taxes for employees, the self-employed or businesses. In essence, it has been used to protect the economy going forward from the challenges of a No-Deal Brexit.

Here are some of the key points announced in Budget 2020:

There is very little in the way of tax cuts and, specifically, there were no changes to income tax.

In conclusion, not much has changed. This budget was unfortunately never going to be able to be used to provide tax cuts and reliefs for employees or businesses. It has been drafted within the shadow of a No-Deal Brexit and, as such, has been used to tackle the challenges that may come post October 31st.

Despite a slowdown, employment growth will continue with an additional 19,000 new jobs expected to be created next year, so make sure to get in touch with us when the time comes!